The Captured Models section shows all of the models which have been captured in the currently open project. 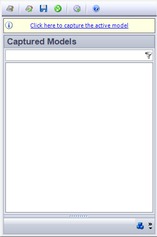 You can right click any captured model to see options to expand/contract its children.

Hover the mouse over any Captured Model to see the full path of where the model is located.

Right click and select Show In Explorer to launch Windows Explorer at that location.

To capture a new model, simply:

To remove an existing model:

The warning message below will be displayed: 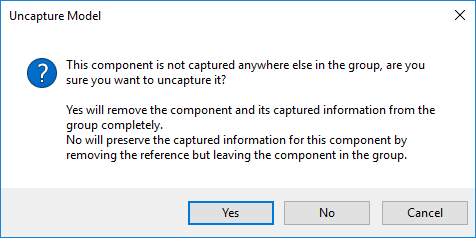 Select the following from the message:

Right clicking on any captured model in the Captured Models pane will display a context menu.

The options available are:

Capture Parameters from the Model

After a model has been captured it can then have parameters captured that will be driven by the rules put in place.

More information on capturing the various parameters can be found at the following links:

Once a drawing has been captured for a model (part or assembly) it can then have further parameters captured to drive the drawing.

More information on capturing the various drawing parameters can be found at the following links: